Top 7 Easiest Languages to Learn (The Answers May Surprise You)

Who says learning a language needs to be hard? Here's the top 7 easiest languages to learn for complete beginners and how you can learn them today. 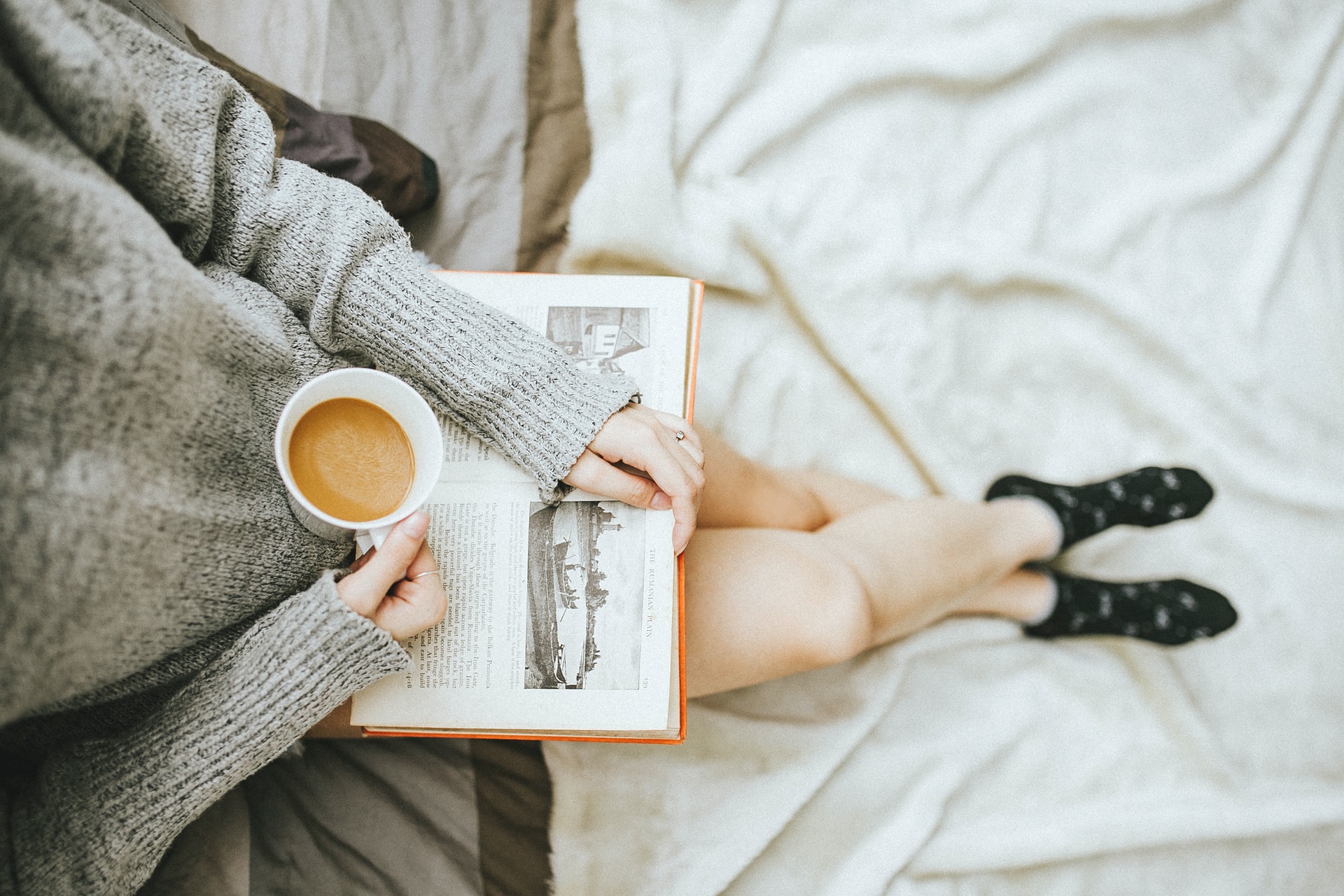 Who says learning a language needs to be hard? The better question is, what are the easiest languages to learn in the shortest amount of time?

According to a European Commission survey in 2012, 61 per cent of British respondents could not speak a second language. In a world that's becoming more multicultural and globalized by the second, getting by with just English is simply not enough.

If that alone doesn't get your juices flowing, learning a foreign language has shown to help you make more money by adding 5-15% increase to one's wage, and helps expand your career opportunities.

Playing to your strengths

One way to hack this process is to first understand that as English speakers, we have in our hands one of the most connected languages that exists. It's linked to many European Germanic languages by descent or influence, and over 50 percent of English words stem from Latin or French.

This probably doesn't come as a big surprise to most, as the structure, alphabet, and makeup of the language is very similar to Spanish, Italian, French, and other languages from the latin root.

Bestselling author and polyglot, Tim Ferriss, says that you should consider a new language like a new sport.

There are certain physical prerequisites (height is an advantage in basketball), rules (a runner must touch the bases in baseball), and so on that determine if you can become proficient at all, and—if so—how long it will take.

For example, it would a wiser choice and a higher likelihood of success if a professional water polo player decided to transition into playing handball. Similar structures, rules, and physical requirements.

However, it wouldn't be too wise if Kobe Bryant started to play professional ice hockey. It involves learning too many new rules, an entirely new skill (skating), and the likelihood of success decreases significantly (or will take 10x longer).

Language learning is no different.

As a "professional" language learner, we need to first breakdown our strengths and our understanding of existing rules and structures. If you already speak English, the easiest languages to learn will be those with similar sounds and word structure. An example would be learning how to speak Spanish, with similar latin roots, instead of a completely different root like Mandarin.
‍

If you want to determine which are the easiest languages to learn, you should aim to answer the following questions first.

‍1. Are there new grammatical structures that will postpone fluency?
2. Are there new sounds that will double or quadruple time to fluency? (particularly vowels)
3. How similar is it to languages I already understand? What will help and what will interfere?
4. All of which answer: How difficult will it be, and how long would it take to become fluent?

‍An effective tool to answer all of these questions is called The Golden Sentences.

‍It comprises eight sentences that expose much of the language and quite a few deal breakers.

‍The apple is red.
It is John’s apple.

‍Here's a directly translated version of these sentences in Spanish.

There's a couple of reasons why these sentences are helpful:

If possible, we recommend you check with a Rype teacher or your own language teacher to fully understand the translation of these sentences and how transferable your existing languages are.

As a rule of thumb: use The Golden Sentences as your guiding map, before you choose the vehicle (the method). It will help you achieve your goals in half the time.

Now let's dive into dissecting which are the easiest languages to learn for beginners.We profiled each of the languages we'll mention into the following categories:

We've decided to rank the order from easiest languages to learn to the hardest.
‍

As English speakers, we can be thankful that Spanish pronunciations are one of the easiest to learn.Overall, Spanish has a shallow orthographic depth – meaning that most words are written as pronounced. This means that reading and writing in Spanish is a straightforward task.

With only ten vowel and diphthong sounds (English has 20), and no unfamiliar phonemes except for the fun-to-pronounce letter ñ. This makes learning how to speak Spanish the easiest out of the bunch and may give you the best return on your time and investment, as 37 per cent of employers rated Spanish as a critical language to know for employment.

Italian is the most "romantic" of the romance languages. Luckily its latin-rooted vocabulary translates into many similar Italian/English cognates, such as foresta (forest), calendario (calendar), and ambizioso (ambitious).

Like Spanish, many of the words in Italian are written as pronounced. Moreover, the Italian sentence structure is highly rhythmic, with most words ending in vowels. This adds a musicality to the spoken language which makes it fairly simple to understand, and a spunky language to use.

Welcome to the International language of love. Despite how different French may appear at first, linguists estimate that French has influenced up to a third of the modern English language.

This may also explain why French’s Latin derivations make much of the vocabulary familiar to English speakers (edifice, royal, village). There are also more verb forms (17, compared to the English 12) and gendered nouns (le crayon, la table).

But it's not all easy.

Pronunciation in French is especially difficult, with vowel sounds and silent letters that you may not be used to in English.

With the Brazilian economy ranking 6th in the world, Portuguese has become a powerful language to learn. One great element of the language is that interrogatives are fairly easy, expressed by intonation alone (“You Like This?”) If you can say it in Portuguese, you can ask it. What’s more, in Brazilian Portuguese, there’s one catch all question tag form: não é.

The main difficulty with the pronunciation is the nasal vowel sounds that require some practice.

For many English speakers, German is a difficult language to pick up. Its long words, four noun case endings, and rough pronunciation gives your tongue quite the workout each time you speak.

German is recognized as a very descriptive language. A good example is how they use the noun by combining the object with the action on hand.
Example: das Fernsehen - the television, combines the words fern, far, andsehen, watching, lit. far-watching.

On the other hand, German can be a fun language to learn and the grammar's considered to be quite logical, with many overlapping words in English.

Just watch out for the exceptions to the rules!
‍

Despite first glance, there are many familiar words in English which are either Hindi or of Hindi origin. For example guru, jungle, karma, yoga, bungalow, cheetah, looting, thug and avatar. Vice versa, Hindi also uses lots of English words. They are read and pronounced as they are in English, but are written in Hindi. For example, डॉक्टर is pronounced doctor and स्टेशन is pronounced station.

This shows that while learning the vocabulary and pronunciation of Hindi may not to be too difficulty, due to its similarity to English, writing Hindi is a different ball game.
‍

While language learners won't struggle as much on the grammar, mastering the tones can be very difficult. Mandarin is a tonal language, which means the pitch or intonation in which a sound is spoken affects its meaning. For example, tang with a high tone means soup, but tang with a rising tone means sugar.

Learning Mandarin has its rewards though. The poetic script of the Chinese written character can give the learner a useful insight into the Chinese mind. But according to BBC, you’ll need to memorize over 2,000 characters to read a Chinese newspaper!

What's the Easiest Language to Learn?

‍The clear winner from the 7 easiest languages to learn is Spanish. Everything from writing, grammar, and speaking will come more naturally to the English speaker. Similar rules, structure, and Latin roots.

It'll be like going from playing football to ultimate frisbee

.If you are interested in learning Spanish or any other of these easy languages, we can help you.

We recommend starting with our language lessons trial, 100% risk-free.

What do you think are the easiest languages to learn? Is there a language we may have missed?

Here's a video from 5-Minute Language sharing their perspective.