What are the Most Difficult Languages in the World to Learn?

Looking for a new challenge in your life? Maybe you should consider these 17 most difficult languages in the world to learn. We dare you to look :) 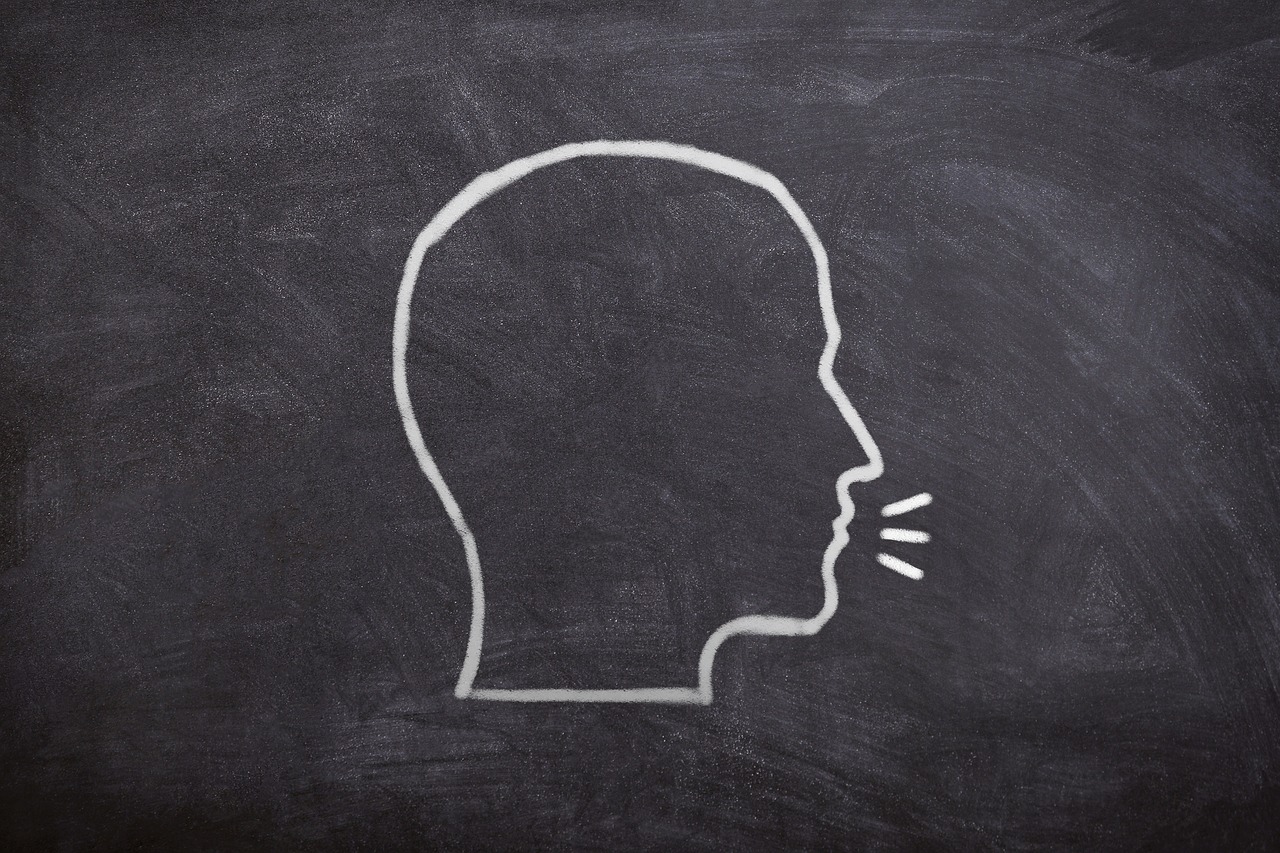 Learning a new language is never easy. But it can be made all the more complicated by choosing an extremely difficult one. Particularly when you have to take into account grammatical structure, and cultural differences when you start speaking it. All in all, it will take a longer time to learn than certain easy languages out there.

So if you've ever wondered: "What are the most difficult languages in the world?", you might want to consider some of these choices—especially if you enjoy challenging yourself.In fact, we encourage it :)
‍

Most Difficult Languages to Learn in the World
‍

Not only are the cultural differences extreme for Western cultures and the Japanese people, but the language also requires some knowledge of that, as well. While you might be able to decipher some of the grammatical structure and characters on your own, it can be much more of a challenge to know how to express yourself in a culture with such strict rules.

Experts believe that it can take up to 88 straight weeks of concentrated learning in order to have a basic handle on the language and to feel comfortable speaking with locals. They also state that it is much more difficult than other languages that can take around the same time to learn.
‍

One of the difficulties of traveling in China is that you have two languages to keep in mind. Mandarin is the more common one spoken, so it might be the one you are more inclined to learn. However, it can take months or years in order to get the basics down—and you might not even be sure that you are using the right language! Regardless, it’s a feat that is incredibly impressive for those who have become fluent.

Regardless, it’s a feat that is incredibly impressive for those who have become fluent.

As another Asian language with an entirely different alphabet and grammatical structure, you’re going to need to relearn the basics if you travel to the Korean peninsula. While you might want some similarities between some of the other countries’ languages nearby, it also requires learning some new cultural differences and being willing to keep an open mind as your travel throughout the continent.
‍

Another language, another entirely new alphabet and system for managing grammar. Arabic does have the advantage of being one of the most-widely spoken languages in the world. Whether you choose to journey to Dubai or Marrakesh, you’re more likely to end up using it than some of the other difficult languages on this list. Do be warned that different areas use different vocabulary—so you have to learn an extra word or two to describe the same thing when you travel to various places.

Do be warned that different areas use different vocabulary—so you have to learn an extra word or two to describe the same thing when you travel to various places.
‍

As if one language in China wasn’t enough, in order to travel from one end to the other, you might need to speak Cantonese, as well. While some might say that Cantonese is simply a dialect of Mandarin, most agree that it can be classified as its own language. The good is news is that you can also speak it in parts of Hong Kong, Thailand, Malaysia, and Vietnam. It’s a tough language to learn, but it might be worth it in order communicate with many across the world.

It’s a tough language to learn, but it might be worth it in order communicate with many across the world.
‍

While probably not a language you would use much unless you traveled to the country of Mongolia, it happens to be a little less stressful to learn for a native English speaker. It is only one of three languages that are a part of the Altaic family, along with Turkish and Manchu-Tungus. The hardest part of learning this language is finding a place where you can take classes. However, if you up for the challenge, it can be a neat party trick to share with others (and you can make friends in one of the remotest parts of the world).

The hardest part of learning this language is finding a place where you can take classes. However, if you up for the challenge, it can be a neat party trick to share with others (and you can make friends in one of the remotest parts of the world).
‍

Who knew that the Finns would have the most difficult language in the Nordic region of the world? While Sweden and Norway tend to have similar vocabulary and grammar, Finland likes to make things tough for those looking to communicate in that area. Experts say it can take up to 44 weeks of concentrated learning to master the Finnish language—a considerable chunk of time just to be able to communicate with others on your trip to Finland!

Experts say it can take up to 44 weeks of concentrated learning to master the Finnish language—a considerable chunk of time just to be able to communicate with others on your trip to Finland!
‍

As a relative of several other languages, Hungarian might be the most difficult language that you will into in Eastern Europe. Pronunciation is known to take time to master, and finding places, where you can speak it with others in the English-speaking world, can be tough. Those who have managed to accomplish speaking it can claim that they have acquired one of the most interesting and historical languages in the world.
‍

Spoken only in the country of Georgia, learners will have to break out their pencils in order to learn a whole new alphabet and writing script. This elegant-looking language requires stressing certain syllables that might be unnatural for English speakers. It also will probably only be useful if you plan on living abroad there as an expat or for work. However, it has a deep history and the locals will appreciate that you gave their language a try!
‍

This Southeast Asian country might be a new tourist hotspot, but it’s unlikely that you will find many people outside the country who are learning to speak the language. While there might be some basic similarities to other, nearby languages such as Thai or Khmer, Vietnamese is not an easy language when English is your native tongue. Consider learning some basics instead of taking months or years in order to learn it properly.
‍

This tiny country in Europe has only a million people, but it still remains one of the most difficult languages in the world. Like its Finnish neighbor, you’ll find difficult vocabulary and grammar. There are also influences in the language from Russia and the Ukraine, making it incredibly flavorful but also hard to understand and learn to speak yourself. The good news? Almost everyone can help you learn in Estonia because many speak English.
‍

Visit the Balkans, and it’s likely that you will hear the Albanian language. As the last-surviving member of its language family tree, you might also run into it in parts of Italy, Greece, and Germany. After many Albanian immigrants settled in foreign places, they took their language with them. However, that doesn’t make it all the easier to learn, and its two main dialects are almost unrecognizable from each other!
‍

Iceland has gotten a bad rap for being a locale for one of the most challenging languages. A mixture of old Viking tongues and influences from the Nordics, some of the words are almost impossible to pronounce, and they are some of the longest in the world. Don’t fear—most Icelandic people have perfect English and are happy to teach you a few of the easiest words on your trip there.
‍

Spoken by 40 million people, you’ll find residents of Afghanistan, Pakistan, Iran, and India who know this language. Part of what makes it so difficult, however, is how many dialects and alternate words are used. Part of what is so interesting about this language is no one really knows how it developed and why it so widely used in countries with their own languages. It’s also a mystery how so many people have learned how to speak it.
‍

Russian is the most widely-spoken and geographically-spread Slavic language, but that doesn’t make it any easier to learn for English speakers. The language has what is called “high” and “soft” sounds, which we’re not used to making as those who speak a Germanic-based language. It’s also the language you are most likely to find on the internet after English, though the alphabet tends to be just as difficult to learn on the web!
‍

The bad news about learning the Urdu language? It’s hard. The good news is that you can often understand Hindi once you know the basics. Urdu was also the tongue of poets and musicians dating back hundreds of years in Pakistan and India. You’ll also find different flavors from other languages in Urdu, including Arabic and Persian.

It’s beautiful and useful when you travel to that side of the world.We hope this prepares you when you decide to learn a new language. Kudos to you if it is one on this list!

Infographic illustrating: What are the most difficult languages in the world?