Today, we're going to reveal the 7 biggest myths on learning a second language that you should know, and what the truth around these myths are. 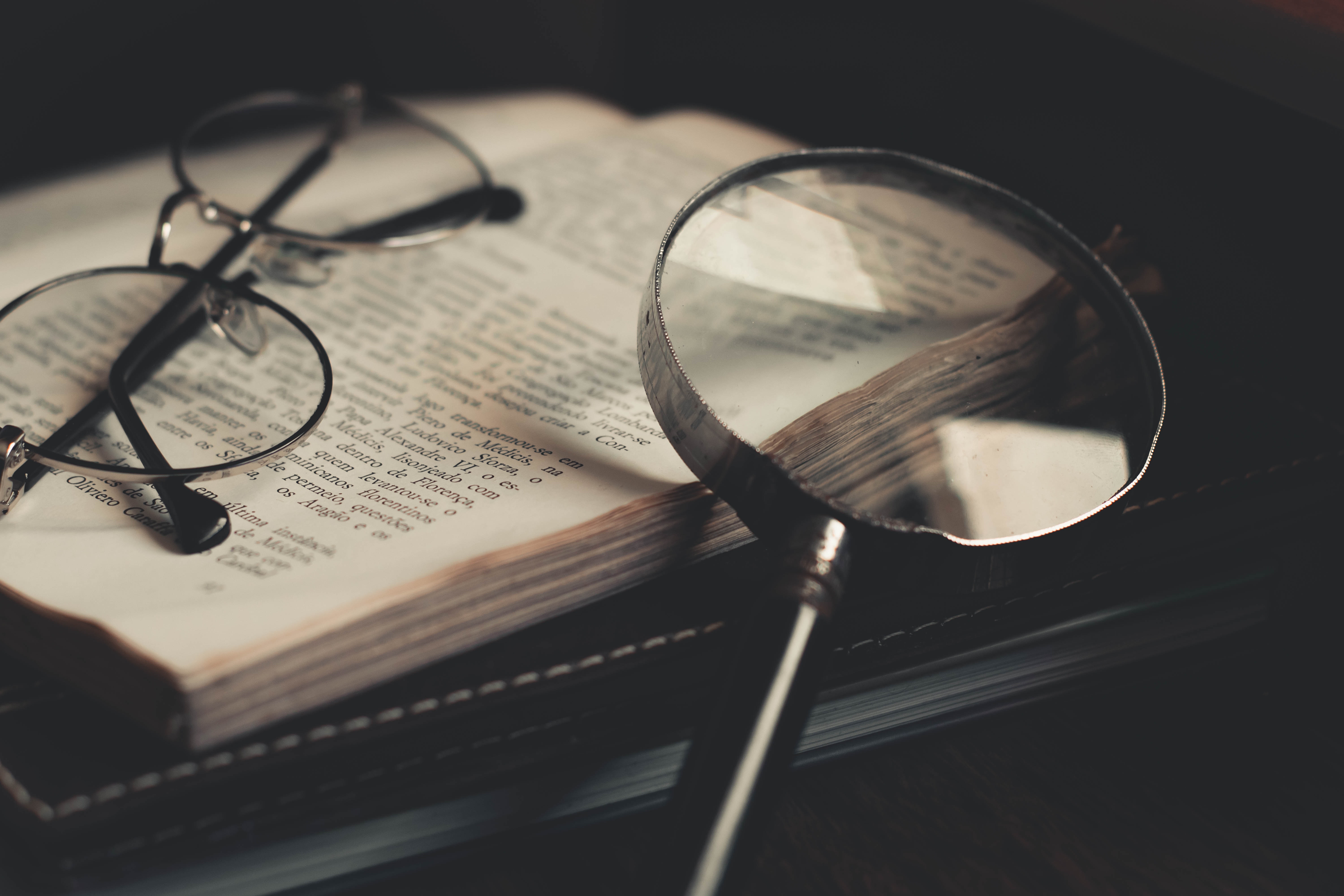 Everywhere we go, there are common myths and misconceptions that surround us.

"Drinking wine is good for you..."

"Only the rich can travel the world..."

The issue with these generalized statements is... well, they're too general.

Learning a second language is no different. There are common myths that are simply untrue, which prevents people from reaching their full potential, or worse, from ever getting started.

Today, we're going to reveal the 7 biggest myths on learning a second language that you should know, and what the truth around these myths are.
‍

Myth #1: "I can't learn because I don't have the money to travel"

Financial problems are real, there's no doubt about it. Not only that, most of us don't have the luxury of picking up our bags and getting on a one-way flight to Buenos Aires, Argentina to learn how to speak Spanish.

This misconception around needing to travel to learn a second language is one of the most common myths we hear, but it's easy to see why. Avid language learners and polyglots often use 'traveling the world' as part of their core marketing messaging in order to attract a wider audience.They show pictures of them speaking with the local natives in Peru, then again in Hong Kong. While this can inspire some of us to learn the language in the first place, it's fairly misleading.
‍

The Truth: You don't need to spend money on travel to learn a language

Many language experts may present themselves using the language in a foreign country, but it's often not where they learned it in the first place. It's extremely rare to see someone escape to another country for a year, and return with fluent speaking abilities, unless you go on an immersion program.
‍

We often get this image of a social butterfly when we think of someone who speaks multiple languages.Think of Bradley Cooper in the movie, Limitless, when he speaks Mandarin with the waitress, or French with a girl at the club.
‍

It's natural to think that polyglots are more extroverted, but it's likely because they seek out more opportunities to practice their target language with other native speakers. But in reality, this isn't always true.

The Truth: Language learners love to practice what they already know

The truth is, language learners/polyglots are just like everyone else. They still feel the jitters when they approach a stranger, and they struggle with random, awkward conversations like all of us.

For most language learners, their desire to practice their target language outweighs the uncomfortable feeling they have of speaking with strangers. But just like any group, there are introverted polyglots and extroverted polyglots.Like any skill in life, being social and approaching people takes practice. The good news is, approaching someone in their native tongue is a great way to start a conversation!
‍

Myth #3: "Everyone in the world speaks English. Why should I learn a second langauge?..."

If you're living in the western world, English seems all around us.There's a lot of people on Earth that speaks English: about one quarter of the world population. But what about the remaining 5.4 billion people sharing our planet?
‍

The truth: English will continue to be an important language in the world. But it's not the end all.

With businesses, entertainment, and the economy going global, just knowing how to speak English is not enough today. There's a very good chance that at some point in your career, you will be dealing with foreigners who speak another language, other than English.If you want to thrive in the 21st century in any global industry, learning another language will pay dividends in your professional career and personal life.
‍

Credit to Wikipedia: Countries that use English as their official language.
‍

When we see a polyglot, it's natural to think that this person has a phenomenal memory or natural gift at learning languages. I mean, how else do they know so many languages?

But few of us dig deeper into the realities of the situation. Some people were just born into speaking another language, like our founder Sean who was born in Korea. While others only understand the basics of the language because they took a quick crash course while they were visiting another country.

Even those who learned multiple languages later in life don't have special abilities or a photographic memory. They just approached learning a second language in a different way.
‍

The Truth: Learning a second language doesn't require special abilities or skills. It just requires the right method of learning.

We've written several posts on how to learn languages faster, and what language experts have to say on language acquisition. The reality is, repeating the same words over and over again on a flashcard is not going to help you retain any information, nor is that going to be solution to help you improve your communication skills.

What language experts have discovered are proven memorization tools and techniques to shorten their learning curve. These are memorization techniques like mnemonics (a technique you use to retain information through association) and Spaced Repetition Systems (a system that ingrains information in your memory quickly by prompting you to recall it just prior to the moment you’re likely to forget it).The right techniques and tools paired with the right motivation can penetrate through any excuse we have inside our heads that prevents us from living our dreams.
‍

You've probably heard this way too often."Am I too old to learn a second language?""I learned [insert language] when I was young, but I can't learn one now..."These myths are not only referencing data that is decades out of date, but there are recent studies that show adults can learn a language faster.
‍

There are many factors that influence how fast we can learn a second language, and age is only a small part of it.
‍

The Truth: Anyone can learn a language. No matter how old you are.

There's a few reasons why learning a second language is possible, if not easier, as an adult.For one, you already know a language. This means that instead of starting from scratch, you're already working with fundamentals that have been established in your native language, especially if you're learning a similar language to your native one (i.e. Spanish from English, Korean from Mandarin).

More importantly, you know how you best learn as an adult. Children are often forced into a learning environment that are not suited best for them, such as a one-size-fits-all curriculum. This requires them to make endless number of mistakes and errors, that we as adults have already learned from.

Instead of forcing yourself to learn in a classroom setting, we can choose to learn how we want. If you're a visual or interactive learner, you can decide to find a private teacher that can work with you. If you're more of an auditory learner, you can try out podcasts or audio tapes, etc.

“Everyone Has Their Own Advantages They Can Bring To The Table. But Saying Clear Cut That Children And Infants Are Simply Universally Better, End-Of-Discussion, Ignores A Mountain Of Information. Stop Making Excuses, Find Out Your Own Strengths And Get Learning And Get Speaking.”

Myth #6: "Learning a second language is not necessary with modern technologies..."

Technology has made amazing advancements that have helped improve the quality of our lives in every way possible. This even includes technologies around language learning, like translations via Google, or free mobile apps like Duolingo.

With each language, there are histories, cultures, and styles behind it that cannot be replicated with modern technology. For example, English in America is significantly different from English in Australia.
‍

The Truth: Languages are meant to be used and learned with humans.

While technology has helped us expand the accessibility of other languages globally, relying solely on modern technologies is not the answer. Most of us learn a language in order to interact with other native speakers in their target language, whether you're traveling, speaking with a client, or connecting with family members.

No modern technology can replace that ability to learn about the nuances of different cultures, understand the difference between sarcasm and humor, and opportunity to build personal and professional relationships with people from around the world.
‍

We all have 24 hours in a day.Time is one of the greatest equalizers of all, which is why it's our most important commodity.All of us have to choose how we spend our day, who we decide to spend it with and what we decide to learn. For a long time, language learning has been associated with full six-hour days at the language school, requiring you to commute back and forth.

But thanks to the advancement of technology, "not having enough time" has become one of our many misconceptions.
‍

The Truth: You can learn a language on your time.

Learning a second language does not have to be a long process. Nor does it require you to sacrifice something else in order to learn a language.Solutions like online tutoring or conversation exchanges allow you to learn at the comforts of your home, without requiring you to commute. Best of all, you can learn on your time, not someone else's.

Language learning is a marathon, and the more you can find ways to integrate your learning into your schedule, the greater chance that you will succeed in the long run.We've written a useful post on how to find time in your schedule to learn something new that you should check out.
‍

No matter what we're trying to achieve, 80% of our success will be attributed to our psychology, and only 20% will be from the mechanics. If there's something that's blocking you from getting what you want in life, it's most likely a story that's been playing in your head.

We hope addressing the truths of these language learning myths helped you create a new story for yourself. Something that serves you, and more importantly, something that can help you get to your end goal.