Jumpspeak helps you speak a new language from day one via interactive AI-powered conversations. Try it risk-free for 30 days.
Start speaking

How to Break Bad Habits (And Form Good Habits)

We all have bad habits. Some of us have managed to figure out how to break bad habits, while others continue to carry out the bad habits in our daily lives. 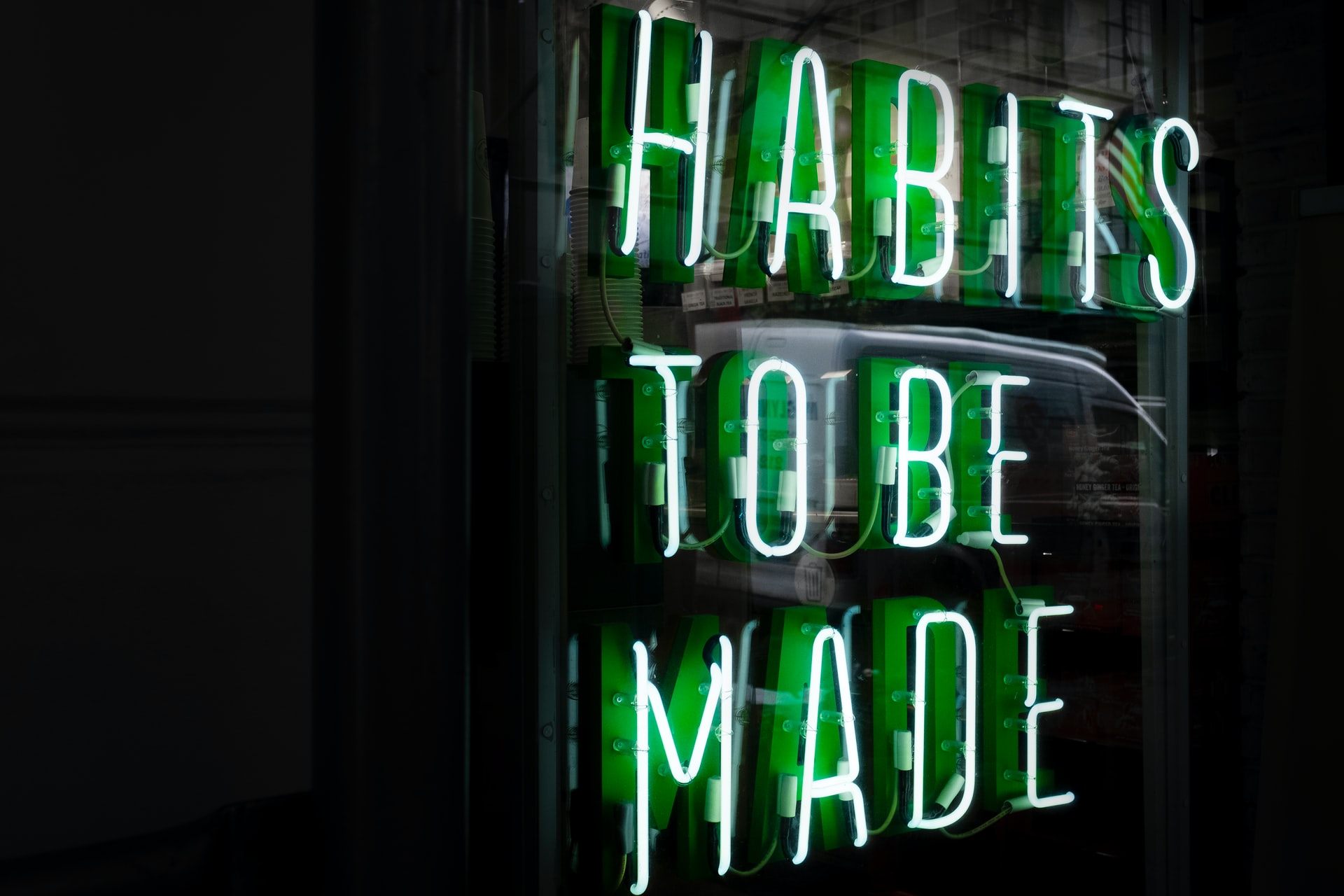 From biting our nails to eating junk food, we all have bad habits.Some of us have figured out how to break bad habits. While others, continue to carry out the bad habits in our daily lives.Bad habits drain the energy from our lives, and prevent us from achieving our goals. The most dangerous part about bad habits is that most of us aren't aware that we have them in the first place.We've written previously about how to design productive morning routines, and how to make it stick when you learn something new, so in this article we're going to share how to break bad habits, and how you can replace it with good habitsBut first, let's discover how bad habits start.

No matter what habit we're forming -- good or bad -- it starts with a habit loop. The loop is a three-part process that starts with the "cue", which tells our brain to go into automatic mode, and let the behavior unfold.Then there's the routine, which is the behavior itself. And the last part of the process is the "reward", which is what will help your brain remember the "habit loop" in the future.

When you repeat the habit loop enough times, our brain requires less and less energy to perform the same activity again. As the behavior starts to become automatic, your brain can almost shut down while performing the action. This is a real advantage, because it means that you can devote all of your energy towards to something else, whether that's learning a new skill or building a new habit.The bad news is, this can be a double-edged sword.Since the habit loop can be applied for bad habits as well as good habits, you can find yourself carrying out bad habits without even realizing it.According to human behavior expert, James Clear, most bad habits are caused by two things...Stress and boredom.Like solving any problem, if we can get to the root of what's causing our stress and boredom, then we can reduce the chances of forming another bad habit. It could also be the case that your bad habits are actually caused by deeper issues that you've experienced in your life.Ask yourself: are there limiting beliefs or fears that are holding you back, or that is causing you hold on to something that is harming you?For example, opening up social media or your email inbox in the morning may be a bad habit you have. It's hurting your productivity, focus, and ability to get things done. But the deeper cause of this could be rooted from not being as connected with the people important in your life.The point here is, instead of cutting out a bad habit completely (i.e. quitting social media), the more realistic and effective thing to do is to replace it with a positive habit (i.e. calling your best friend or family member once a day to feel more connected).

How to break bad habits

So let's dig deeper into how to break bad habits. Before you move on to the next section, try to come up with one bad habit that you're trying to eliminate in your life. This leads us to our first point...

Become hyper-aware of your bad habit

The natural thing to do is ignore our bad habit behaviors, hoping it would vanish away eventually. But according to James Claiborn, a psychologist and co-author of The Habit Change Workbook: How To Break Bad Habits and Form Good Ones, the opposite is true. We should increase our awareness of the bad behaviors.“One of the things I’m likely to suggest is some sort of record keeping — it may take the form of making a checklist to find out how often you’re doing things and under what circumstances you’re doing them,” he said. “We need to understand the behavior before we can change it effectively.”

"What gets measured, gets improved." -Robin Sharma

Get rid of the bad triggers

As we shared previously, triggers (or cues) are what starts the habit loops in the first place. In order to eliminate a bad habit, we need get rid of the triggers causing them.If you want to stop drinking, then don't go to the bar. If you want to stop eating junk food, then throw them all out (or flush it down the toilet for dramatic effect). If you want to stop going on social media, download a web blocker app, like Facebook News feed Eradicator (plus you'll get some awesome quotes with it)

Relying on our human willpower can only take us so far.If your environment is making it harder for you to break your bad habits, it only makes sense to change your environment.

"The more you manage your environment, the more likely you are to succeed" -Art Markman, professor of psychology at University of Texas

Replace your bad habit with a positive habit

Eliminating a bad habit alone is not enough, without this next step: replacing it with a positive habit.Since stress and boredom are the two leading causes of how a bad habit forms, it's natural for our brain to crave out the bad habit again if we have nothing else to do after.We need to plan ahead of time, what we will do to substitute the bad habit that will instead serve us.Going back to our previous examples: instead of going back to the bar, we can pick up a new skill to fill the time, like re-learning a language. After throwing out our junk food, we can take healthy cooking classes or sign-up for a gym membership. Instead of going on social media, we can take read more books, take language classes, etc.

As we've written previously on our Ultimate Guide to Learning Anything Faster, there are 5 main reasons why we quit anything:1. You run out of time (and quit)2. You run out of money (and quit)3. You get scared (and quit)4. You’re not serious about it (and quit)5. You lose interest (and quit)

By understanding these reasons before we try to break a bad habit, we can prepare ourselves for the moment when they inevitably happen.But more importantly, we can significantly increase the chances of success without giving up, by finding someone to keep us accountable.Depending on what bad habit you want to break, it may require a professional (i.e. personal trainer, therapist, etc.) or it could just be a close friend that's there to keep you aligned.

Realize you're only human

We can always hope that you'll have a perfect record, but it's more likely that you'll slip here and there.And that's 100% okay. If you skip a workout, wake up late, indulge your sugar cravings, or miss a language lesson, it's not the end of the world. It makes you human.Instead of beating yourself up for it, forgive yourself. We all make mistakes, even some of the greatest athletes and world-class leaders slip once in awhile. The important thing is that you get back up.Figure out what made you slip back into the bad habit, and plan for success next time.That's all there is to it.

To put this into action, here's some follow-up steps that we recommend you take:

At the end of the day, learning how to break bad habits is only 10% of the equation. The other 90% comes from taking action and persevering through the difficult struggles that will inevitably come.Most people who end up breaking their bad habits have failed multiple times before they made it work. The most important part is, they never gave up. Remember that you may not have immediate success, but if you can forgive yourself quickly, and get back up, you'll figure out how to break bad habits in no time.The good news is, once you discover how to break bad habits, you can break all the other bad habits in your life as well.

Get insightful tips on language learning, productivity, building habits, and more.
Thank you! Your submission has been received!
Oops! Something went wrong while submitting the form.
Try jumpspeak risk-free for 30 days.
Try