How Long Does It Take to Learn Spanish?

How long does it take to learn Spanish? Months? Years? In this post, you'll find an honest analysis of how long it takes to achieve fluency. 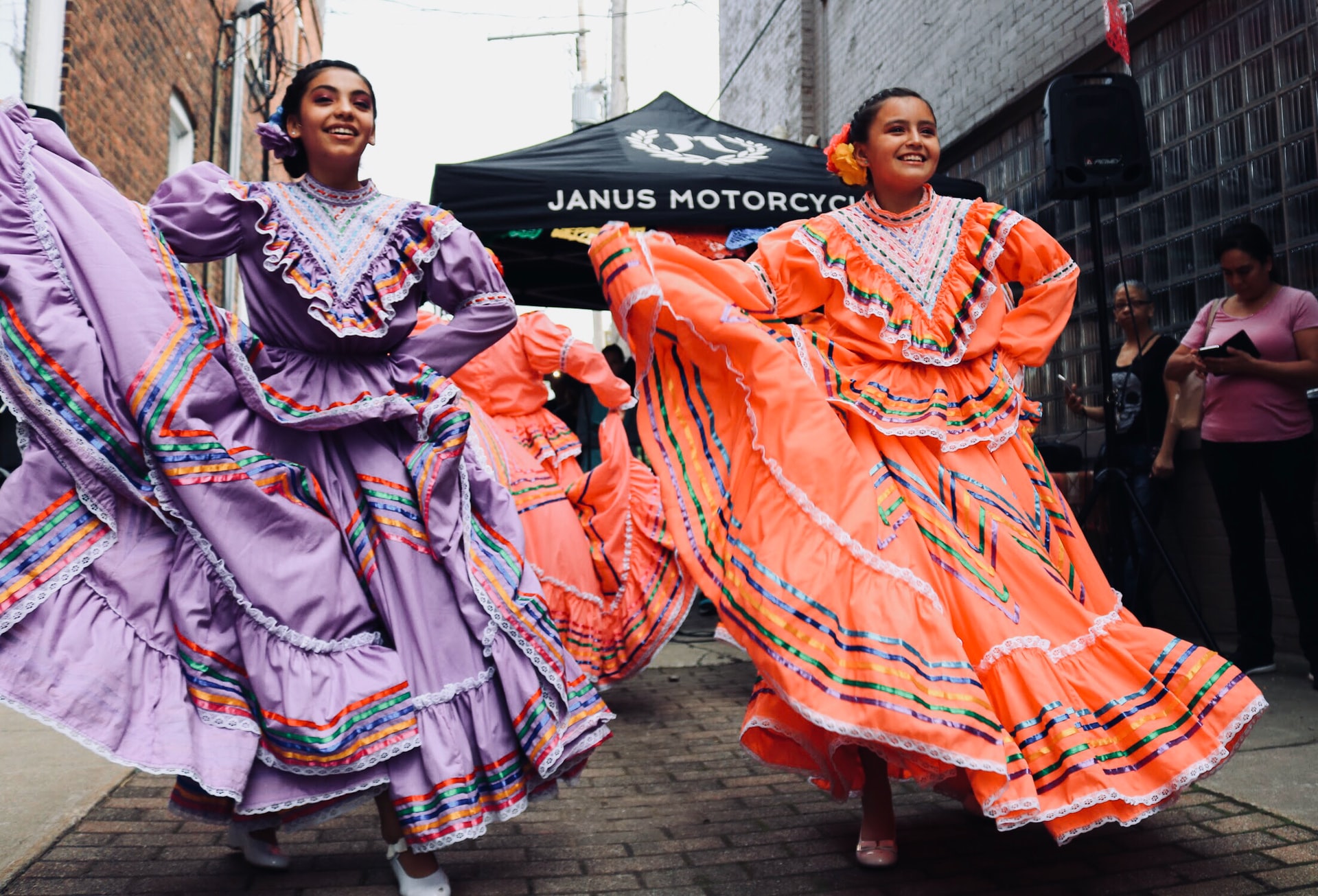 How long does it take to learn Spanish? 3 months? 2 years? More? Less?

When it comes to learning a language you’ll hear countless different estimates for how long it takes to achieve language fluency. And Spanish is no exception.

Spanish is generally considered one of the easiest languages for English speakers to learn. After all, it shares the same alphabet as English, it’s a phonetic language (words are written the way they sound) and there’s lots of similar vocabulary. But does that mean it’s easy to learn? No, of course not. Learning any foreign language is a challenge and Spanish is no different.

How long it takes you to achieve fluency in Spanish depends on what you’re trying to achieve and how dedicated you are to achieving it.
‍

How long does it take to learn Spanish?

The first thing to remember when learning Spanish is to measure your study time in minutes and hours rather than in months and years. Studying Spanish for 2 hours a week for 3 months is not the same as studying 2 hours a day for 3 months. Obviously, one of those scenarios is going to give you much faster progress than the other.

The time it takes to study Spanish needs to be thought about in terms of hours invested. The FSI (the US Foreign Service Institute) estimates that it takes 480 hours of study to achieve what they call ‘limited working proficiency’ in Spanish. This would basically be a conversationally fluent level where you can comfortably express your ideas in social situations on a pretty wide range of topics.

So let’s say you’re spending 2-3 hours per day studying Spanish, that would mean you could reach conversational fluency in about 5-8 months.

This definitely sounds like a reasonable expectation based on the amount of time invested. If anything, it feels like a slight overestimation to me.

Why? Because each hour of study time is not created equally. How many hours you put in is just one element of the learning process. How you use those hours has just as large an effect on how quickly you’ll progress.

480 hours is a good estimate for how long it might take to learn Spanish, but it could easily take a much more time, or maybe a little less time, depending on how you approach your study time.I believe that the length of time it takes you to learn Spanish will depend on a few main factors:

What are you trying to achieve?

What exactly is it that you want to achieve or to be able to do in Spanish?

Most people will say 'I want to be fluent'. But what does 'fluency' mean to you? How do you define it? This question is incredibly important because without knowing the answer it’s impossible to define how long it will take you to learn Spanish.

‍What you're trying to achieve will have a significant impact on how long it takes.Start by considering why you want to learn Spanish and how you want to be able to use the language? Are you learning it so that you can watch Spanish TV shows and movies? Do you want to be able to work in Spanish? Are you learning so as to socialize with native speakers? Or for travel? Start with the big goals and work towards making your objectives as specific and clear as possible.
‍

The second factor that will answer 'how long does it take to learn Spanish' will be the intensity of your study. If you’re studying intensely for a number of hours every day, there’s no reason you can’t learn Spanish in a matter of months, but perhaps you don’t have that much time.

Most of us will go through periods of quite intense learning, interspersed with lapses where we lose focus or take a break entirely from the language. I know because I’ve been through the process myself when I learned Spanish.

I started to teach myself Spanish at the beginning of my final year in university. And for a couple of months, I practiced pretty intensively (2 hours a day or so) and made a lot of progress.

But soon, Spanish had a to take a back seat as I switched my focus to working on my final assignments and finishing my degree. Spanish didn’t disappear entirely from my life - I was still practicing when I could and sending plenty of WhatsApp messages in Spanish! - but I didn’t have a clear set of goals and I wasn’t practicing intensively or regularly anymore. Naturally, during this period of time, I didn’t make as much progress.

The point here is that for most of us 2-3 hours a day is the most we’ll ever be able to invest in language learning. And at times, it may be even less. Whether it’s work, university, kids or something completely different, life has a way of taking up your time!
‍

Tell me and I forget; teach me and I remember; involve me and I learn - Benjamin Franklin

If you put in the time and refuse to give up and then your Spanish will gradually improve no matter what method you use. But that doesn’t mean that some methods aren’t better or faster than others.

A classic example is the traditional classroom environment that most of us experienced at school. The simple truth is this: large group classes are a very inefficient way to learn a language. Sure, you will still learn a little and over course of a year (or two or three) you’ll definitely see some improvement but you can learn much faster using other methods.

By taking one-to-one or small group classes you’ll advance more rapidly than in a large group. You’ll also have more time to practice speaking and more opportunity to receive correction and feedback from your tutor.

The ‘method’ factor also applies to other elements of learning, such as memorizing vocabulary. The rote learning method most of us used in school does work, but it requires countless repetitions and is generally pretty boring and tedious. Instead, I suggest using mental images to help you remember the sound and meaning of words. For example, to remember the Spanish word microonda (microwave) I might create an image of my dad ('da') wearing a microwave ('micro') on ('on') his head as a hat! (Micro - On - Da(d)). This might sound silly but an image like this will stick in your brain.

Although repetition is still necessary, this method makes it much easier to remember words and will save you a lot of study time.Another idea is to use flashcard software like Anki, which uses spaced-repetition. This means that the app can remember which words you find most difficult and test you on those words more often than the easy words. By spending the majority of your time learning the words you find most difficult, you’ll be able to make more progress in a shorter period of time.
‍

If you want to learn Spanish quickly and make fast progress, you’re better to study for a small amount of time every day than for a longer period of time once or twice a week.

Another reason that consistent practice will give you faster progress is that you won’t have to waste time re-learning things you’ve forgotten. If you only practice Spanish once a week, you’ll spend a lot of your time trying to remember or relearn what you learned the previous week. This doesn’t happen so much if you practice every day.

What you learned yesterday will still be fresh in your head today so rather than re-learning something, you can simply review it quickly and then move onto new material. So you’ll not only learn faster but you’ll also be able to cover more material in less time.
‍

So how long does it take to learn Spanish?

I believe that there is no set period of time that it takes to learn Spanish or any other language for that matter. The answer will be different for everyone. How long it takes you will depend on the factors discussed in this post and how they apply to you.

So how long does it take to learn Spanish?I feel that the FSI estimate (480 hours) for how long it takes to learn Spanish is relatively fair and probably even a little high. Achieving a good level of conversational fluency in 480 hours is definitely a realistic target and I believe that you could even reach that level in less time by applying yourself efficiently.

It’s important to remember, though, learning Spanish is not a race. It doesn’t matter how fast you learn the language but that you enjoy the process and achieve the results you desire.

The number of total hours it takes to learn the language will be more or less the same, whether you spread those hours out over 3 months, 6 months or a year. But one thing is for sure - the hours you invest in learning Spanish will be worth it and the end result will be a skill that quite literally changes your life.