Today, being happy is rarely on the top priority for most of us -- if at all. This is why we curated the top 15 happiest places to live in the world. Enjoy! 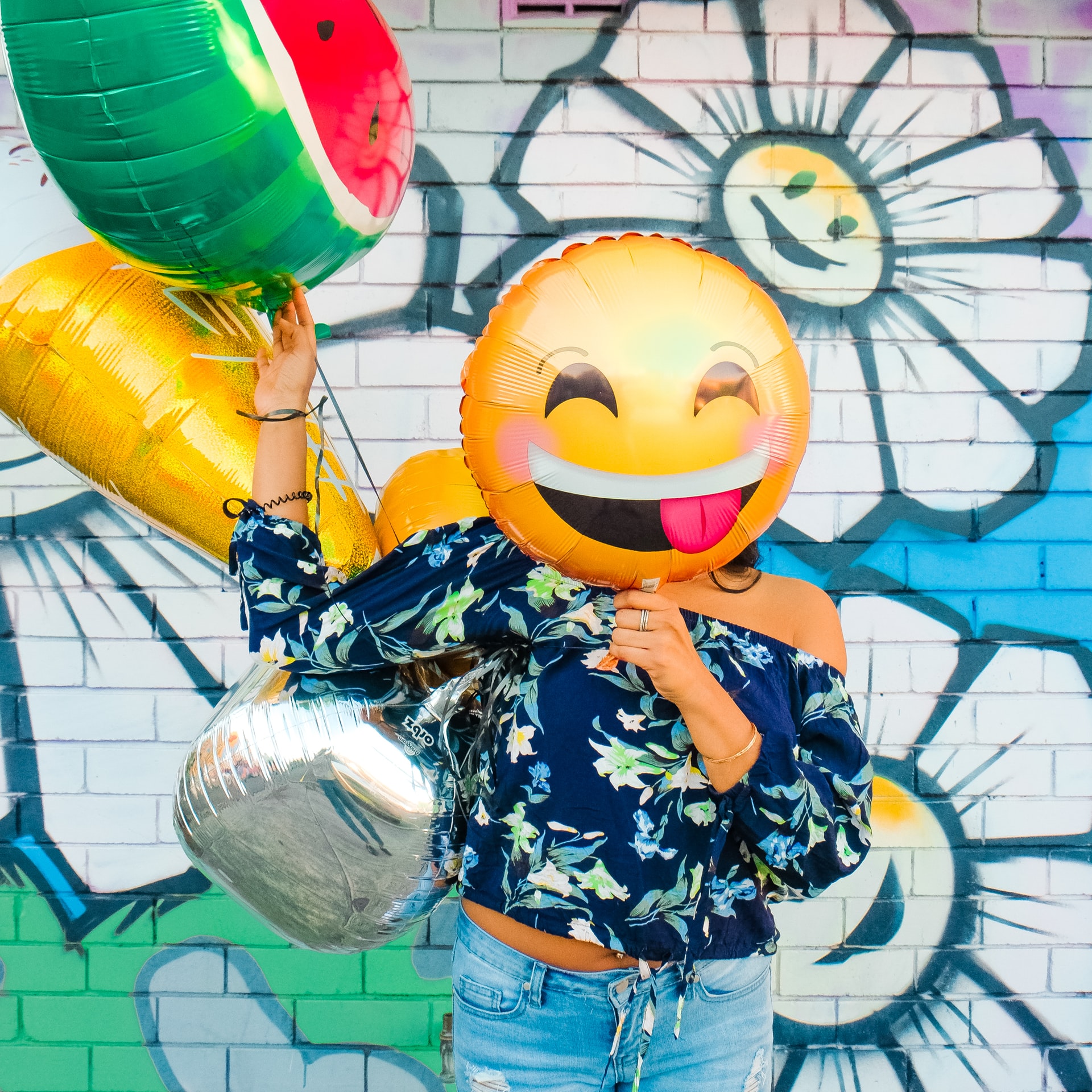 Want to be happier? Moving may be the solution.

Today, being happy is rarely on the top priority for most of us -- if at all. Most of us get caught up in the daily stress of our work life or let the smallest inconveniences ruin our entire day.

Where we live has a big impact to our level of happiness. But it's not for the reasons you may think, such as weather, wealth, etc. In fact, there were researchers determined to get to the bottom of what makes us happy and where the happiest places to live are in the world.
‍

In the Buddhist Kingdom of 700,000 people, the prime minister of Bhutan set out to measure the Gross National Happiness level of the country.

When they realized the power of this information to improve public policy, they asked nation members of the United Nations to start measuring their Gross National Happiness level. Since they've started, there has been three reports measuring the happiness level of countries around the world.What they found may surprise you...
‍

These Findings Surprised Us

When you visualize the happiest places to live, they're usually found in warm and sunny places. According to the most recent World Happiness Report in 2015, warm weather did not have a causation effect to levels of happiness. In fact, some of the happiest places in the world were often the coldest, including Denmark, Finland, and Iceland. On the other end, there were also warmer places like Costa Rica and Israel that made it to the top happiness list.

Gender also did not play a factor. According to the research, women are happier in North America, Australia, and South & East Asia. But they tend to be less happy in Eastern European countries, and sub-Saharan Africa.

The data gathered is certainly subjective, as individuals were asked to rank their happiness levels from a scale of 10 to zero, also called the Cantril Scale. This is also why some of the poorest nations in the world based on GDP were often happier than wealthy nations.

Overall, it seems that there were various measures that are taken into factor to measure a nation's happiness. Some of them includes life expectancy, freedom of choice, and overall generosity and support.Without further ado, here are the top 15 happiest places to live in the world, in no particular order.
‍

Top 15 of the Happiest Places to Live in the World

It's hard not to love living in Denmark when you get free healthcare, 52 weeks of parental leave, and incredibly low carbon emission since 50% of the population bikes.

In terms of rating, citizens of Denmark rated their life satisfaction as 7.69 out of 10. For all the entrepreneurs and aspiring business owners out there, the country also supports low start-up costs and high connectivity, creating an environment that's ripe for new opportunities.

In addition to the amazing views you can enjoy all across Norway, this country also has one of the lowest crime rates in the world. This is likely because in 2014, they ranked number one in social capital and second in security and safety.No place to live is perfect, but this beautiful place seems pretty close to it.
‍

Home to the best hockey teams and maple syrup, Canada is known to host some of the nicest people and its largest city, Toronto, is known to be the most multicultural city in the world!It may be the 'little brother' of the United States, but this great country takes care of its happy people with free healthcare, amazing support for businesses, and much more. According to a survey, 94% of people in Canada knows someone they can depend on in time of need, demonstrating that there's a high level of generosity and a high priority for family and friends.
‍

For many decades, Israel has been in a perpetual state of war. This may surprisingly be the reason why Israelis appreciate life more than many other nations -- since it's not taken for granted.

People in Israel also have a higher expectancy than places like Germany or The Netherlands, despite the wars. What's unique about this country is the lack of censorship it supports (within reason), and that level of transparency is what keeps everyone at the same level.
‍

Similar to Norway, this country -- the third largest in Western Europe -- has beautiful scenery that's spread across the nation. While the tax rates may be high, it's put to good use. Citizens of Sweden enjoy amazing healthcare, free education in Universities, and five weeks of paid holidays every year. Sign us up!
‍

Despite the high crime rates and corruption in Mexico, a new report done by Pew Research Center showed that Mexicans on average rated over 79% as life satisfaction. This goes to show that there's no underlying link between wealth and happiness.
‍

This rich and democratic country of the Netherlands is home to some of the happiest people on Earth. Everything from its liberal attitudes around sex, drugs, and alcohol, to the open communication people have with their family explains why people are so happy in the Netherlands.In addition, the number of people who commute via a bicycle is at an all-time high in this country, promoting health & fitness, and low carbon emissions.
‍

Australians love a good laugh. So much in fact that it's a common practice to make jokes in many Australian funerals.According to the Economist Intelligence Unit's global "liveability" study, Melbourne was ranked as the number one city in the world to live in. The study focused on overall crime rates, medical care, levels of censorship, temperature, and education.It certainly helps that Australia is the home of The Great Barrier Reef, incredible wildlife, and prestine beaches.
‍

This small island country is full of people with generosity. From the moment you arrive, you can feel the sense of positivity and laid back atmosphere surrounding the country. Family is also a huge priority, and all the families get together on Sunday to spend time with one another. If you're planning to visit this beautiful country, be prepared for a lot of personal conversations and friendly small talks.
‍

They may not be wealthy, but they're certainly happy. Citizens of Costa Rica have an average life expectancy of 78.5 years on average -- higher than many other wealthier countries. Environmental protection is also a high priority in Costa Rica and people strive to live a green life, eating only locally grown fruits and vegetables. The country also has no army, and believes in peace, not war.
‍

This island country has only been occupied by humans for 800 years. As a host to some of the most beautiful national parks, wild penguins, and volcanoes, this country is one of a kind. This is why Telegraph Travel also voted New Zealand as reader's favorite country.
‍

An unusual study was done by Jetpac, which analyzed Instagram selfies based on the expressions people had in their photos. According to this study, Brazil ranked #1 in terms of happiness. It shouldn't come as a huge surprise though. Brazil is the home of some of the best coffee in the world (people drink 5.8kg per person every year), has the most beautiful beaches, and the host of the largest Carnival celebrations on Earth.
‍

Recognized as the hub of saunas around the world, there are over 3M saunas found across the country. This is despite the feact that there are only 5M people living in this small country.
‍

The United Arab Emirates is recognized as one of the wealthiest regions of the world. But did you also know that the government is trying to become the happiest region as well? In 2014, Dubai -- one of the seven regions in the UAE -- launched their own happiness index, in order to measure how government services were impacting happiness. In fact, the prime minister of UAE even announced via Twitter that they will be appointing a minister of state for happiness.
‍

Iceland is a rather isolated place, but that may be what explains the happy lives people lead here. It's a small, open, and trusted community that's incredibly safe. They have great health care, paid maternity leave, and amazing scenery surrounding the country. You can't go wrong here!
‍

The Unhappiest Places to Live in the World

Now we'd love to hear from you. Do you think the World Happiness Report was accurate in their findings?

What other countries do you think should have made the happiest places to live in the world?

Let us know below :)