25 Hysterical Chinese Insults That You Should Know Today (NSFW)

The language of China has one of the most hysterical Chinese insults you can imagine. We're going to share our top 25 curse words with you today. 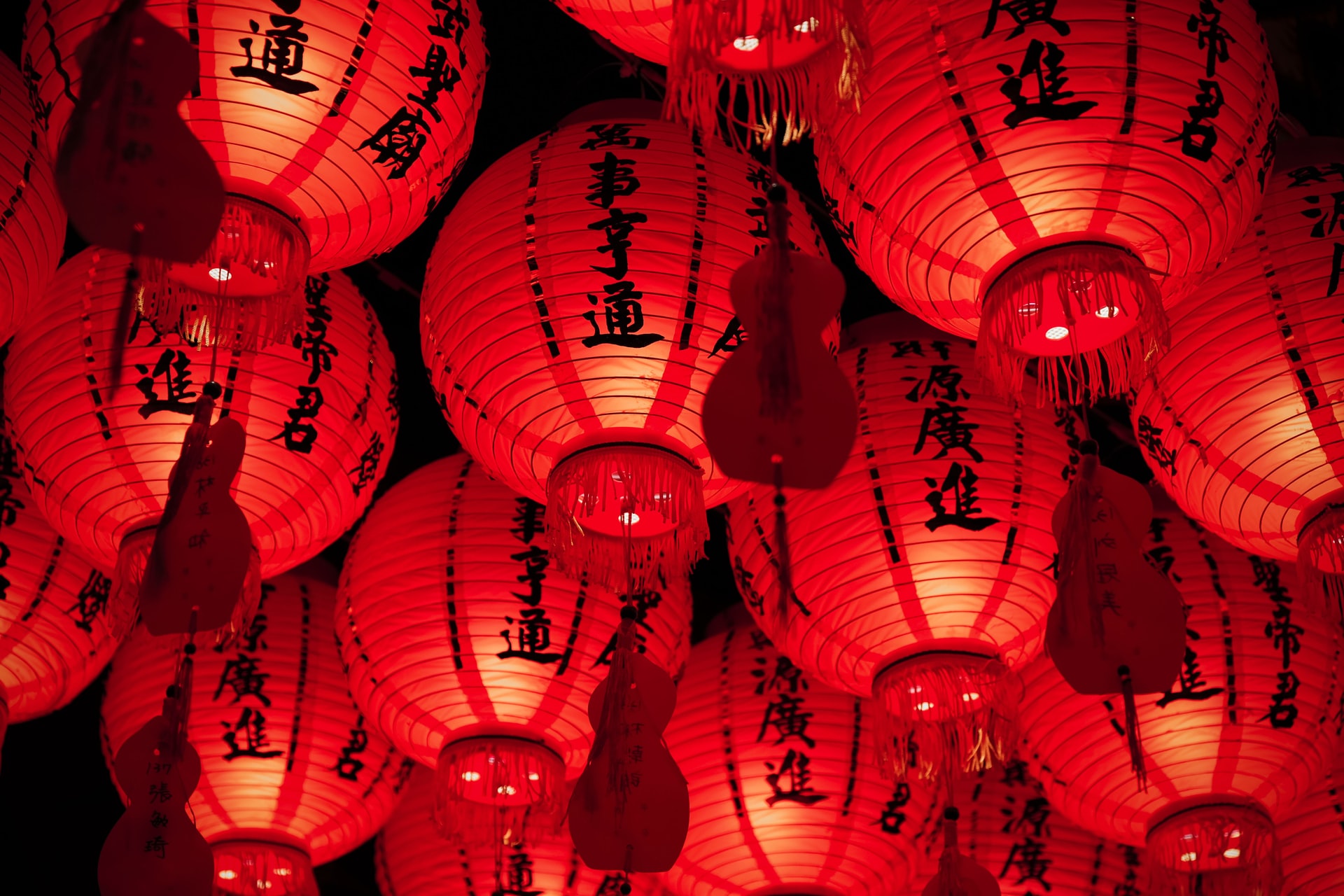 Chinese insults words are different than what an English speaker may expect. What we think as some of the most insulting words in our language barely register to a Chinese speaker. Conversely, we might think some of China's most offensive insults are actually quite funny in English. Even funnier than some of the English swear words we have.

That’s why it’s always best to study a bunch before speaking. That includes your insults. So yes, this is a time where we are going to tell you to insult and curse nonstop. With that practice, you’ll soon find out that these words can be both funny translations as well as some unexpected funny insults into Mandarin speakers.

25 Chinese Insults That You Should Know

Let’s explore some the language’s most colorful insults and what they mean to English speakers:
‍

Chinese insults tend to incorporate animals quite often. In some instances, the term is more harmless. In other cases, they can pack a pretty hurtful punch:

This is one that English speakers should have no problem recognizing. Around the world it seems that a pig’s head is known for the symbol or being stubborn. Use this to describe the same typically male crowd in China as you would across the globe.

This is probably the tamest insult on the list. However, when saying a bragger is blowing up cow’s skin, you have to include it on your list. This one also ties back into history with an intriguing test of strength amongst some Mongolians.

English Speakers call it “brown nosing.” Others might say ‘kiss up.’ Regardless the term, these insults will let the person know you think that they endear themselves to higher-ups quite often. In the hard-working world in China, you can only imagine how many people have earned this distinction.
‍

This is Chinese’s equivalent to “bullshit” and “bollocks.” You don’t so much call someone 狗屁. Instead, you use this Chinese insults to call someone out on their b.s. Because of its tone and situational use, steer clear of using this one at work. Instead, keep this one between your friends at the pub.
‍

Foxes carry deep symbolism in Chinese culture. For women, unfortunately, this becomes an additional insult in the Chinese language. If you call someone a fox spirit, you are calling them a danger to men that possess some dark intentions.
‍

If foxes are bad for women, then wolves aren’t great for older men. This Chinese insult is used to label something a predator. Though often related to a sexual nature, it can also be towards anyone preying on the young. If an older male-targeted a 小白脸, then they might be called a 色狼.
‍

This is another one that would make an English speaker laugh while a Chinese person gets livid. The closest equivalent you’ll find in English is “son of a bitch.” However, in most parts of the English speaking world, this insult won’t mean much. In Chinese, it is a whole different story.
‍

If dog whelps are incredibly hurtful in Chinese, consider a rabbit to a slight bit less of an insult. However, it still packs a punch. Much like the previous entry, the English equivalent isn’t so hurtful while impacting Chinese speakers much more. In English, we’d use this word to call someone young a real piece of work.
‍

You might hear folks in Beijing, Shanghai and other major cities use this to describe out of towners. Used mostly towards China’s more rural population, this is what some English speakers might call a “fish out of the water.”
‍

In English, you may hear that someone looks “dead behind the eyes.” In Chinese, this similar term conveys a person that looks vapid and out of reality’s touch. Another emerging English term that also does the trick in Chinese would be Kardashian.
‍

Much like animals, food plays a hand in both the harsh and friendlier Chinese insults. One thing is for sure, eggs mean much more than they do in English.

12. 生個叉燒都好過生你 -- "It would be better to have given birth to a piece of barbecue pork instead."

This is a common phrase used by exhausted parents. When a child is just not giving up, even a loving parent will crack. Instead of saying something truly hurtful, this mainly Cantonese insult helps blow off steam without harming the child with something actually mean.
‍

Eating soft rice is a way of saying that a Chinese man is living off his girlfriend. In English, you might hear a “mooch” or a “sap.” When you need to tell someone that it’s time they support themselves, this is what you say.
‍

This is an insult that veers more into the tame category. Consider this the American equivalent of calling your friend “a lazy bum.” You might hear a parent say this to a child or a girlfriend to a boyfriend. While it doesn’t pack a brutal sting, it is one of China’s many egg-themed insults.
‍

On the other side of egg-based insults, this one stings a bit. Calling someone a scumbag in any language is bound to cause some conflict. So, don’t go throwing this word around in public, or even in many private settings. That is unless you’re looking to exchange many more colorful words as a follow-up.

The More Obscure Insults in Mandarin

These are some of the more hysterical insults due to their translations. Some are specific while others may leave you scratching your head. However, this is the fun of learning another language. In this section, you’ll get to learn some doozies that include some history as well.
‍

Family and history are sacred in Chinese culture. With a long-running history, the pride you have in your family is vital. That’s why this one may seem like a comical mental image, but is one of the language’s more impactful insults. Unless you want to make a situation ugly, it’s best to avoid insulting any Chinese ancestors.

That being said, there are a couple variations of this insult that are fun to play around with. Try with a friend that won’t get offended.
‍

You’d think that calling someone a number wouldn’t hurt, right? Yet in Chinese that isn’t the case. While this one’s definition is a bit vague, many believe it translates to calling someone not enough. This stems from the ancient Chinese currency revolving around 1,000 copper coins. Essentially, “500” was an insult for a halfwit. So, you can imagine what it felt like to be called half of that.
‍

A little white face typically applies to naive men. When someone hasn’t experienced much in the world, this mild insult is what Chinese speakers use. This also works to wind up so-called pretty boys and older female gold diggers. Now, imagine this being used in the famous Kanye West track.
‍

The English equivalent here would be used when calling someone dumb. However, this Chinese insult relates to the history of garlic and medicine in China. What was once considered a remedy is now a symbol for someone’s foolishness.
‍

Sometimes we all need to be reminded that we’re just a person like everyone else. In this case, you wouldn’t use this Chinese insult for when you don’t know someone. Instead, it’s more for calling someone out. If someone is acting rudely or mistreating people, this insult checks them down a bit.
‍

What’s so wrong with green tea?! Well, in this case, it means that what someone is presenting on the outside isn’t their true representation. If a person looks innocent on the outside but devious on the inside, the Chinese would call them a 绿茶婊.
‍

We’ll close the list out with some of China’s most inspired uses for ‘ghost.’ As you’ve seen, objects like eggs, animals and now even the paranormal cracked the list. In Chinese, ghosts often are associated with excessive drinking. The symbol 鬼 often works itself into Chinese insults. Some ghost-based names include:

But it also can mean other negative adjectives like: