7 Research-Backed Ways to Stop Procrastinating (And Get More Done)

We’re all guity of procrastination.We start the day doing one thing, and it gets pushed off for later in the day. Here's 7 ways to stop procrastinating. 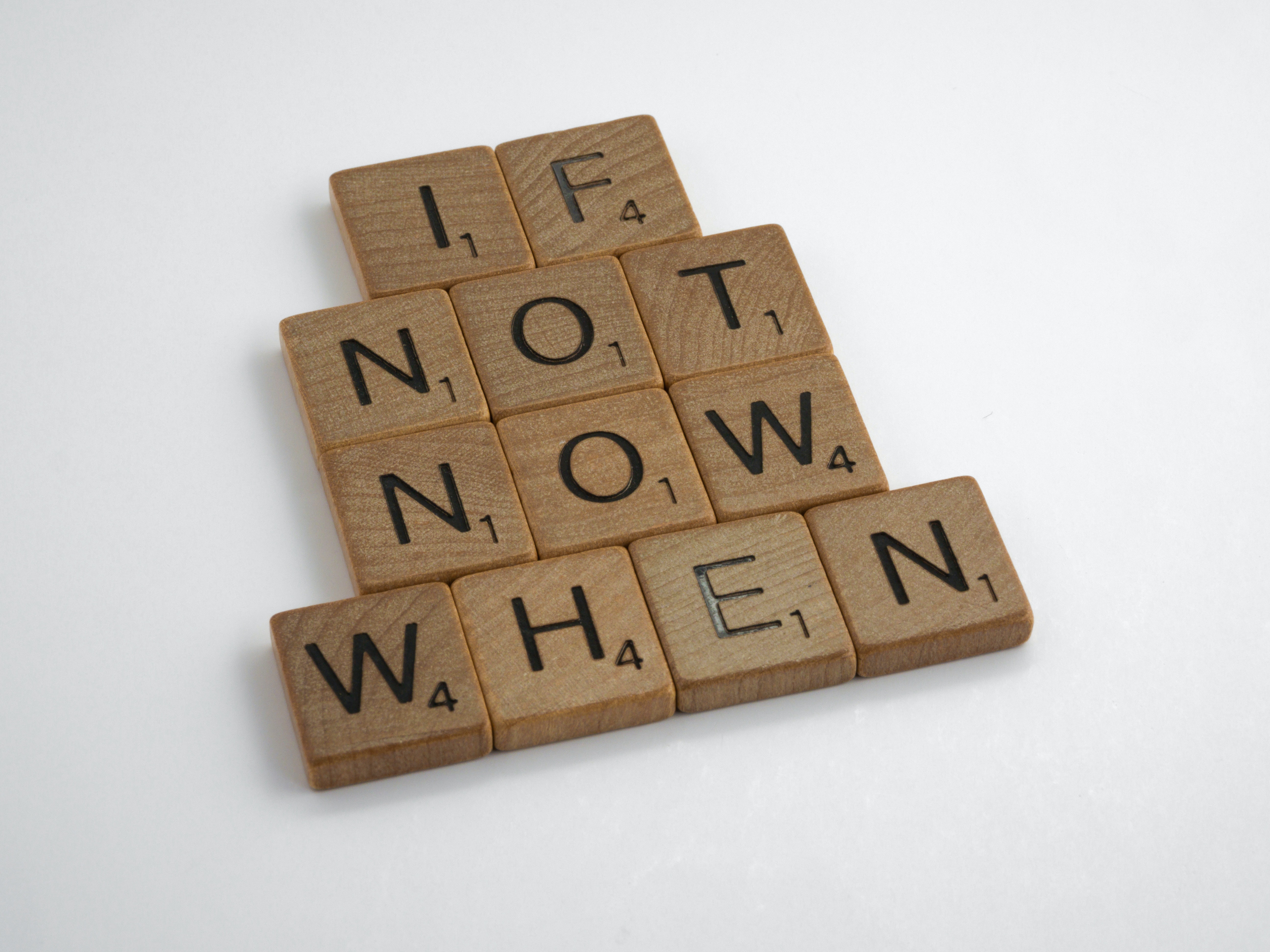 We’re all guilty of procrastination.

We start the day with the intention of doing one thing, and it gets pushed off for later in the day. Then the next day. And soon after, the next week.

It’s a never ending cycle that never seems to get any easier.

Before we introduce the 7 research-backed ways to stop procrastinating, here are some guidelines to digest to maximize your success of beating procrastination.
‍

i. Recognize that you’re procrastinating

It’s hard to make any adjustments in your working habits, if you don’t realize that you need it. It’s why AA meetings start by individuals stating “Hi, my name is Jerry, and I’m an alcoholic.”

Of course, we don’t need to take it this far, but being self-aware of your strengths and weaknesses is the first step in effective change.

Signs you may be a procrastinator:

Still not sure if you’re a procrastinaor? Take this self-test on procrastination.
‍

ii. Be open to changing your method

This leads us to the second guideline — open-mindness.

Acknowleging our procrastination is a great first step, but until we open ourselves up to trying new methods, it’s useless.

Advice we get online can be overwhelming, particularly a 7 point list that promises to cure procrastination. If you are feeling overwhelmed, then the key is to take baby steps, and start applying only the strategies that you feel will have the greatest impact to your end-result.

This could be a strategy you’ve never tried before, one that you’ve been putting off, or perhaps one you’ve never heard of.
‍

In a nutshell, procrastination is when you put off things that you should be focusing on right now, usually in favor of doing something that is more enjoyable or that you’re more comfortable doing.

If the reason why we’re procrastinating is in favor of doing something more comfortable, then we need to transform our procrastinating tasks into a more enjoyable experience.

Let’s dig deeper into how you can stop procrastinating:
‍

1. Get prepared the night before

This simple shift to your day planning can make or break your procrastination, and it takes less than 5 minutes to complete.

i. Take out a pen and paper (it’s much more effective)

ii. Write down 3 things you did well today, and 3 things you could improve on for tomorrow (be constructive, not pessimistic)

iii. Write down the ONE THING that you did, which had the most impact on your goals. Then write down your ONE THING for tomorrow.
‍

2. Discover your ONE THING

Your ONE THING is a task or activity that has the biggest impact towards your end-result or goal.

Many studies have shown that analysis paralysis is one of the #1 causes of procrastination.

Focusing on only one important task, and dedicating time in your day to move it forward can significantly increase your effectiveness.

If you’re not sure what your ONE THING is, Tim Ferriss has a simple framework to help you decide. I’ll summarize it here:

i. Write down no more than 3–5 things that are making you most uncomfortable or anxious. These are usually tasks that may result in rejection or conflict, yet are the most important.

ii. For each item, ask yourself:— “If this were the only thing I accomplished today, would I be satisfied with my day?”— “Will moving this forward make all the other to-do’s unimportant or easier to knock off later?”

iii. Look at the tasks you’ve said “yes” to. And schedule 2–3 hours (or however long you need) to complete ONE of these tasks today. No more than one.

If you ever get distracted, which is inevitable, you can simply come back to your ONE THING and gently get back on track.
‍

If you’ve ever committed to learning a new skill, or starting a big project, you’ve probably felt the overwhelm that naturally comes with it.

Our brains aren’t naturally wired to see the long-term outcome, especially if we’re nowhere near in achieving the goal.

We often face internal doubt, and this fear prevents us from starting in the first place.

Break it down, and take it one bite at a time.

For instance, if your goal is to learn a language in 90 days, it can be frightening to think about.

But you can start by breaking it down and scheduling 60 minutes every morning before work to memorize 30 of the most common words.

According to Rype, 2,900 most common words make up 80% of occurrences, which means you would reach at minimum — conversation fluency.

The trick is to think small, and break it down into the tiny actionable to-do’s until you no longer feel the fear of starting.
‍

New activities or tasks are thrown at us on a constant basis.

It could be your boss who wants you to complete a report, a client who’s asking for your support — the list goes on.

We must learn to say “no” to the activities that aren’t bringing our goals forward.

In order to do this effectively, we use a framework called the Eisenhower Matrix here at Rype.

Here’s a plan of action for each quadrant:

In order to truly make the most of our time, we should maximize our time spent by scheduling a few hours each day on quadrant 2.

“Working is one of the most dangerous forms of procrastination.” — Gretchen Rubin, Author of The Happiness Project

5. Take care of yourself

One of the biggest reasons we procrastinate is the lack of motivation.

Increased levels of motivation comes from simply taking care of ourselves.

Getting enough sleep, eating the right foods, and exercising on a regular basis to keep our bloods flowing. Unfortunately, this is often the simplest, yet hardest tasks for a large portion of the population.

According to Medical Daily, lack of sleep and procrastination can turn into a never-ending cycle. With the rise of technology and accessible entertainment, we often procrastinate sleeping on a regular basis. This results in a lack of motivation and further procrastination, and so on…

A quick solution is to perform physical exercise during the day, which will prepare your body for rest. And avoiding any electronic devices 2–3 hours before bed time will prevent keeping your mind alert, when you need it least.
‍

Let’s face it. We’re only humans, and non of us perfect.

But the last thing we want to do is go on a tangant of blaming ourselves.

A study was done on college students at Carleton University during their mid-term exams. The results were that:
‍

Self-forgiveness for procrastinating on a given task is related to less procrastination on a similar task in the future.

Next time you find yourself procrastinating, forgive yourself, and move on.

Forgiveness is not something we do for other people.  We do it
for ourselves to get well and move on.

In the TV industry, a popular method for getting us to continue watching a show is the cliffhanger. If you’ve ever seen the TV series: 24, then you should be well experienced in the cliffhanger.

They do this, because it kills us not to finish what we started.

Once we start something — a TV show, language learning, project — the task at hand is going to continue nibble in the back of our minds until we finish the activity.

This is called the Zeigarnik Effect, named after the psychologist Bluma Zeigarnik.
‍

Procrastination is only at its worst before we’ve started, simply because we don’t know where or how to start. Studies show that our perception of the task changes after we start, and we often end up enjoying the task.

What the Zeigarnik Effect teaches us is that you should just start anywhere, and leverage the weakness (or strength) of our natural tendency to finish what we started.
‍

What is the one task that you're currently procrastinating on?Which of these tips are you going to use to stop procrastinating?If you enjoyed this post, you'll also enjoy reading: